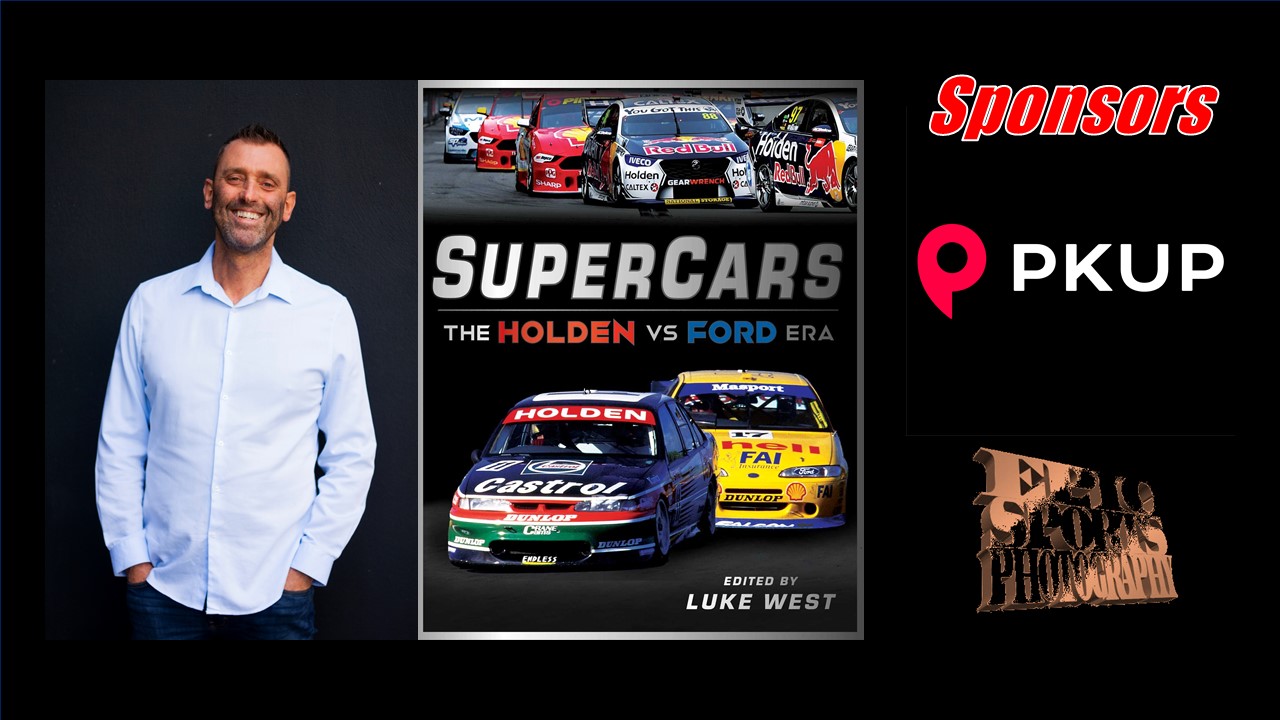 Luke West discusses his new project Supercars The Holden vs Ford Era which is onsale in July. The 280 page book tracks the development of the Supercars class between 1993 and 2020 and how the V8s have evolved into today’s Supercars Championship, creating household megastars such as Craig Lowndes, Marcos Ambrose, Jamie Whincup and Scott McLaughlin.